This blog was written by Sarah Darling on March 12, 2021, the eve of our "Forgotten Voices" concert. 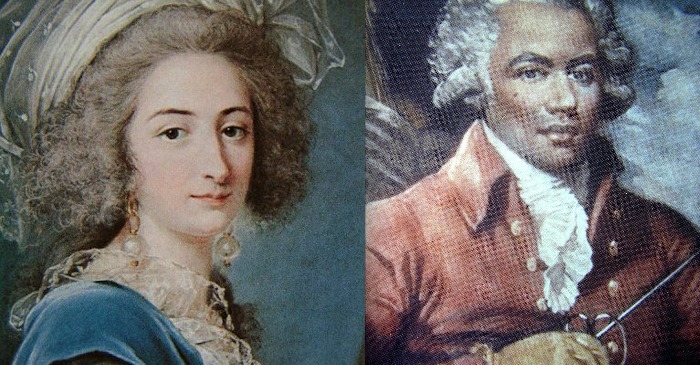 That's what George Washington said to Alexander Hamilton, in one of the most moving songs from Lin-Manuel Miranda's lightning bolt of a musical. Hamilton was stepping into the flow of history, at that moment - preparing to participate in a decisive battle for the new nation that was coming into being. Washington knew that recognition and fame were about to wash over him - for better, for worse, he was a player now, he would be remembered for his actions.

Miranda's Washington was right. That moment did change the young Hamilton's fate, forever. But was he right about history?

There are so many ways to frame and re-frame this topic. An endless amount to think about. Obviously I can't address it here in any way that would even pretend to be conclusive. But I want to introduce two works of music that exist at the intersection of questions like these... and highlight two works of literature that make the questions spring to life.

The two works of music are both on a concert that Musicians of the Old Post Road will be presenting tonight, called "Forgotten Voices". One is a string quartet by Joseph Bologne, also known as the Chevalier de St-Georges, the other is a string trio by Maddalena Sirmen. They are both incredible pieces - quirky, virtuosic, fun, and very powerful. What they are not is in the standard repertoire. Not because they couldn't be, but because until recently, no one really bothered to remember them.

This is interesting in part because - history has layers and layers! - it's not the case that either composer was unknown during their lifetime. Bologne radiated "the most interesting man in the world" energy for his entire life, excelling in fencing and music-making of all kinds, leading a renowned orchestra, becoming a special favorite of Marie Antoinette, I mean, come on! Violin virtuoso Sirmentoured all over Europe after beginning as an orphan in Venice and eventually becoming a student of Tartini - I mean, come ON.

That being said, it has to also be said that no matter how brightly their lights shone, they could have ascended even higher without question, if Bologne were not Black and Sirmen were not female. No question. Bologne came within a breath of directing the Paris opera, before having his candidacy sunk by some of the leading ladies who wrote to Marie Antoinette directly, saying that they could never consent to "obey the orders of a mulatto." Instead of cementing his role in the musical life of the eighteenth century, Bologne had to watch it slip away, and it comes as no surprise today to find that many of his compositions did not survive the following years. After all, back then, it was easy to destroy music, if you wanted to.

In Sirmen's case, we know even less about why her brilliant compositions didn't gain any long-term traction. It probably just wasn't important enough for anyone to defend them, end of story. If I were going to cast a jaded eye on the picture, I'd say it probably seemed a whole lot more fun to present a virtuoso woman who was right there, playing up a storm, than it was to continue to champion her music. And art needs resources and advocates if it's going to survive. Particularly if the art in question is a little "strange" to begin with.

It's maddening - because the "smoothing out" of history erases these voices so easily. The pernicious combination of active erasure, erasure by neglect, and the long tail of passive erasure that follows, brings us to a vanishing point where the incredible achievements of musicians like these (who also had to struggle in their own lives, to be sure, but who largely triumphed, and were seen and heard) become invisible - as if they were never there.

History is not impartial. History is bent and warped by human forces - has always been and will always be, and then is described as inevitable. Even the words of the historians are a part of this, of course.

I want to take a little time, though, to think through two other ways of approaching the past, two frames that can help us think through some of what is lost - and how to look for it. Virginia Woolf and Mark Twain both played with an idea that I love, which is to search for the history that could not be.

In Mark Twain's "Captain Stormfield's Visit To Heaven" a fellow who finds his way up there learns quite a lot about Heaven's value system, and how it honors all creative endeavours, not just the ones that History spots.

“Was Shakespeare a prophet?”

“Of course he was; and so was Homer, and heaps more.  But Shakespeare and the rest have to walk behind a common tailor from Tennessee, by the name of Billings; and behind a horse-doctor named Sakka, from Afghanistan. Jeremiah, and Billings and Buddha walk together, side by side, right behind a crowd from planets not in our astronomy... then there is a long string, and after them, away down toward the bottom, come Shakespeare and Homer, and a shoemaker named Marais, from the back settlements of France... they warn’t rewarded according to their deserts, on earth, but here they get their rightful rank.  That tailor Billings, from Tennessee, wrote poetry that Homer and Shakespeare couldn’t begin to come up to; but nobody would print it, nobody read it but his neighbors, an ignorant lot, and they laughed at it... He wasn’t ever expecting to go to heaven, much less that there was going to be any fuss made over him, so I reckon he was a good deal surprised when the reception broke on him.”

Moving one level further, in "A Room of One's Own" Virginia Woolf imagines an artist who wasn't even able to get to the point where she would be able to fulfill her potential (as it seems that our tailor Billings was able to do, at least.) She creates the character of Shakespeare's sister, Judith. Just as eager, just as talented, as her brother. But facing a world of barriers that prevent her not just from seeking fame, but from even becoming the artist that she could be.

"Meanwhile his extraordinarily gifted sister, let us suppose, remained at home. She was as adventurous, as imaginative, as agog to see the world as he was. But she was not sent to school. She had no chance of learning grammar and logic, let alone of reading Horace and Virgil. She picked up a book now and then, one of her brother's perhaps, and read a few pages. But then her parents came in and told her to mend the stockings or mind the stew and not moon about with books and papers... Perhaps she scribbled some pages up in an apple loft on the sly, but was careful to hide them or set fire to them. Soon, however, before she was out of her teens, she was to be betrothed to the son of a neighboring wool-stapler... The force of her own gift alone drove her to it. She made up a small parcel of her belongings, let herself down by a rope one summer's night and took the road to London. She was not seventeen. The birds that sang in the hedge were not more musical than she was. She had the quickest fancy, a gift like her brother's, for the tune of words. Like him, she had a taste for the theatre. She stood at the stage door; she wanted to act, she said. Men laughed in her face... She could get no training in her craft. Could she even seek her dinner in a tavern or roam the streets at midnight? Yet her genius was for fiction and lusted to feed abundantly upon the lives of men and women and the study of their ways...

But so many others like them never even had the chance.

Yes, the fact that these musicians existed tells us that history is more interesting than it makes itself out to be. But it also tells us a lot about how narrow the path was, even for them. Bologne was born into slavery before taken to France. Sirmen left the orphanage by marriage to another musician, which was probably the only reason she could perform publicly or perhaps practice her art at all. A chance in a thousand, for both of them.


All my best,
Sarah