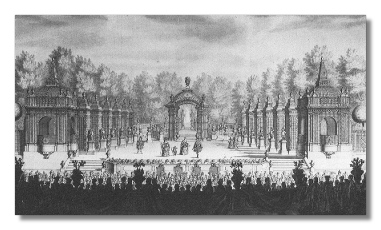 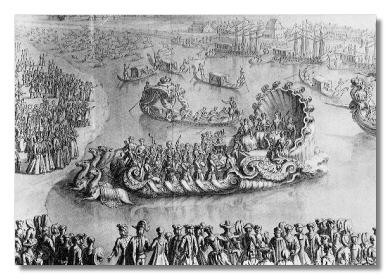 2019 marks the 300th anniversary of the Dresden Festival of the Planets. In 1719, the Dresden court reached its climax of cultural display for the marriage of the Crown Prince Friedrich Augustus to Maria Josepha, daughter of the Emperor Joseph I of Austria. This weeks-long spectacle centered on musical works created to celebrate the six planets known at that time.

Among the many court activities was the performance on September 23rd of Kapellmeister Johann Christoph Schmidt’s French divertissement, Les quatres saisons, part of the Festival of Venus. An open air stage was constructed for this performance in the Grossen Garten, and it is said to have been danced by more than 100 members of the court.

Our 2018-19 season finale program “Stars in Their Eyes,” features music by 18th-century scientist-musicians and other works inspired by stargazing. We have chosen to include Schmidt's wonderful chaconne from his Les quatres saisons on this concert that concludes our season exploring the impact of the Enlightenment on 18th-century music and culture.